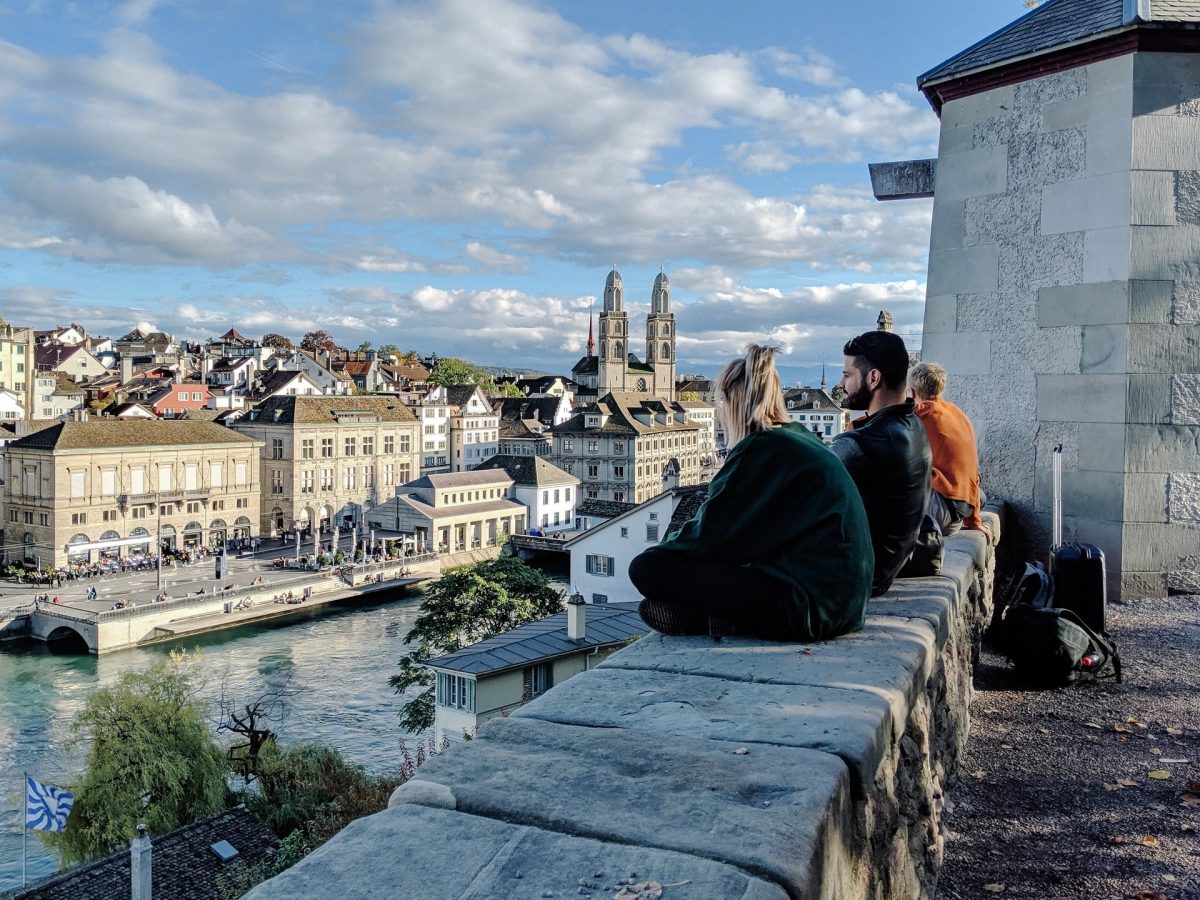 One of the most popular TV series in recent times depicting top locations in Switzerland is the popular South Korean television series Crash Landing On You. Often referred to as “CLOY”, the series which translates literally as “Love’s Emergency Landing” was first aired in 2019–2020 in South Korea. It became an overnight sensation and immediately put many famous Swiss beauty spots on the bucket list for all who watched the series.

Written by Park Ji-eun and directed by Lee Jeong-hyo the series tells the story of a successful South Korean businesswoman and heiress, Yoon Se-ri, played by Son Ye-jin. Whilst paragliding in Seoul, South Korea, Yoon Se-ri is swept away in a storm and crash-lands in North Korea. There she meets an army captain in the Korean People’s Army, Ri Jeong-hyeok, played by Hyun Bin. He takes cate to keep her safely undercover and before long they fall in love. The CLOY series is the third highest-rated South Korean TV drama in cable television history and has also been released on Netflix. 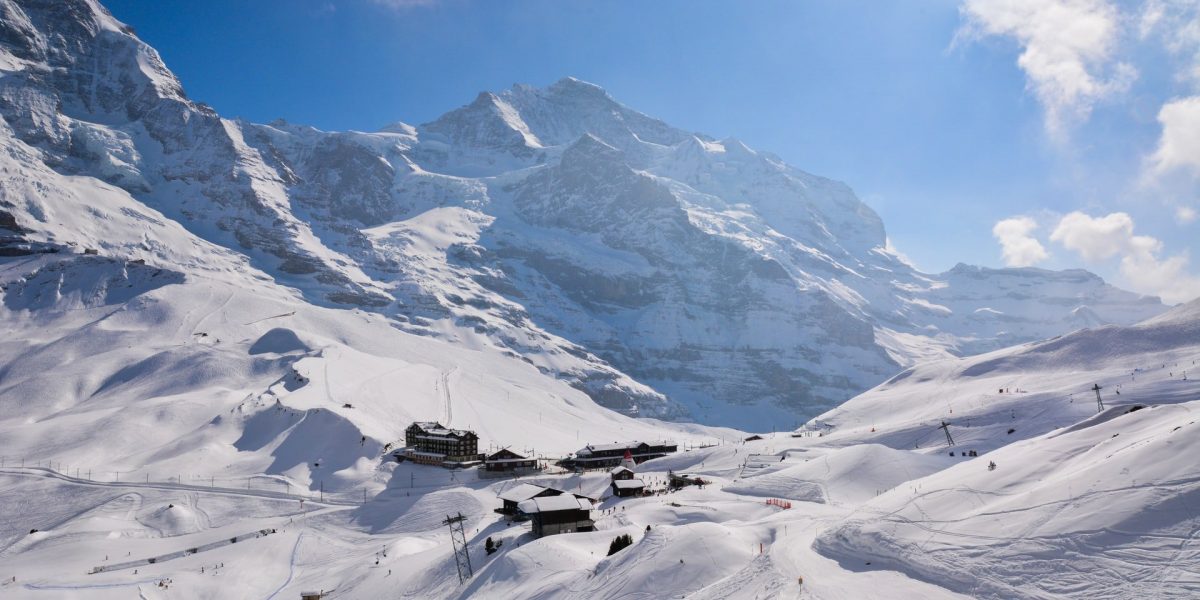 With its stunning landscapes and beautiful cities, Switzerland was chosen as the perfect backdrop for some of the most memorable scenes in the series – but do you know where? Check out our guide below to some of the top spots – so that when you visit the country on your #CLOY pilgrimage, you know where to go!

Locations in Switzerland for Crash Landing on You 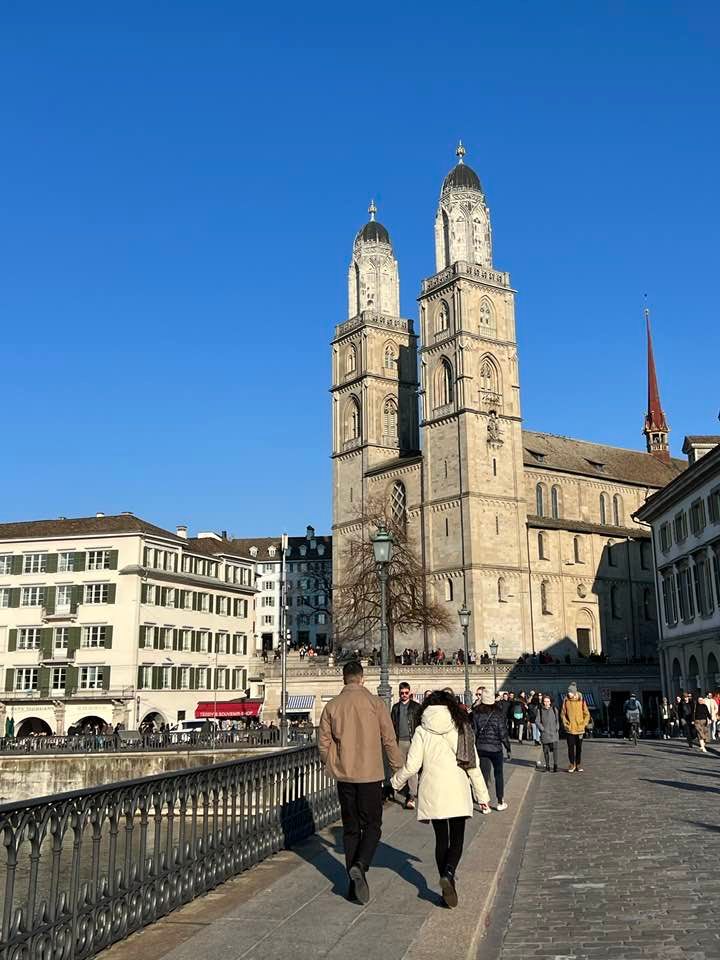 Münsterbrücke was was shown in the trailer for the show where Yoon Se-ri is seen leaning against the bridge’s railing. Dating back to 1838, Münsterbrücke spans the River Limmat and connects the Fraumünster and the Grossmünster churches.

Where: The bridge is located in Zürich’s old town in 8001 Zurich.

How to Get There: You can reach it by taking Tram 4, or 11 to Helmhaus Tram stop. 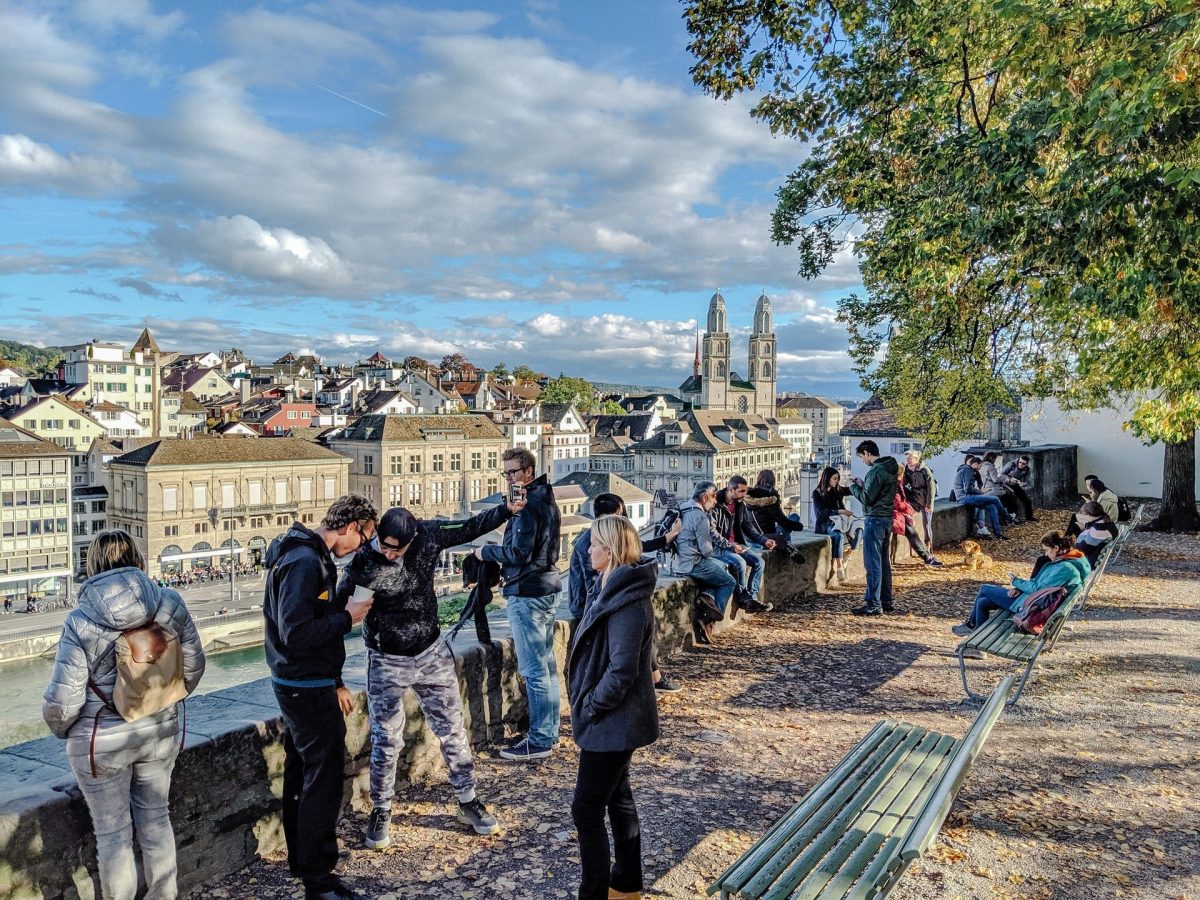 The Lindenhof appears in the opening sequence of the show, where Ri Jong-hyeok and Yoon Se-ri are seen walking across the square. The Lindenhof is a square in old town of Zurich which was where the city was said to be founded as Turicum by the Romans. It overlooks the Ricer Limmat river, the University and the ETH and the Niederdorf. 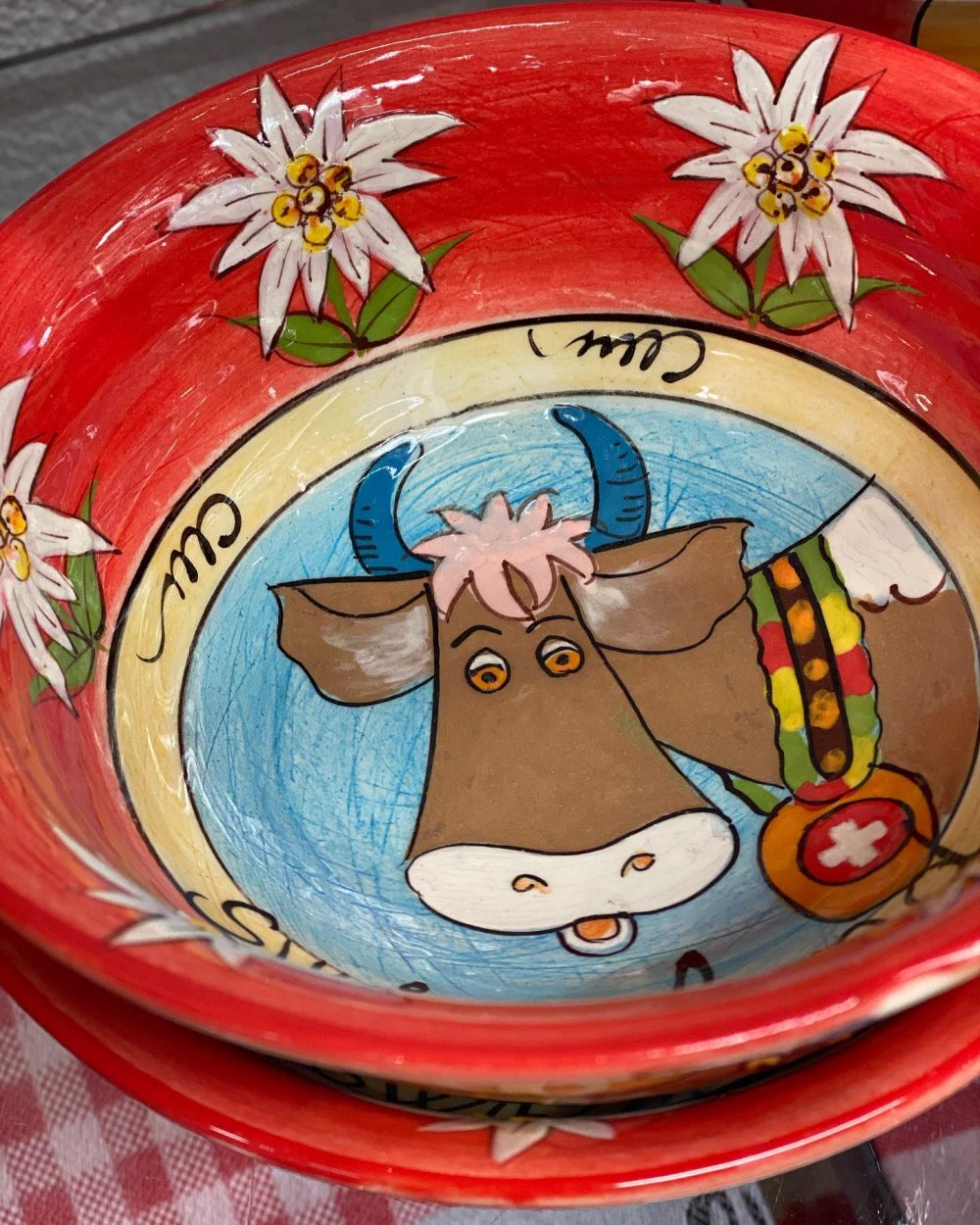 The shop Schweizer Heimatwerk in Zurich features in episode 11, where Se-ri and Seo-dan do some shopping.

Where: Schweizer Heimatwerk is a Zurich gift shop specializes in Swiss souvenirs. It’s located in Urianastrasse next to the River Limmat and just a few minutes’ walk from the main train station.

How To Get There: A 10 minute walk from Zurich Main Station in the direction of the old town. 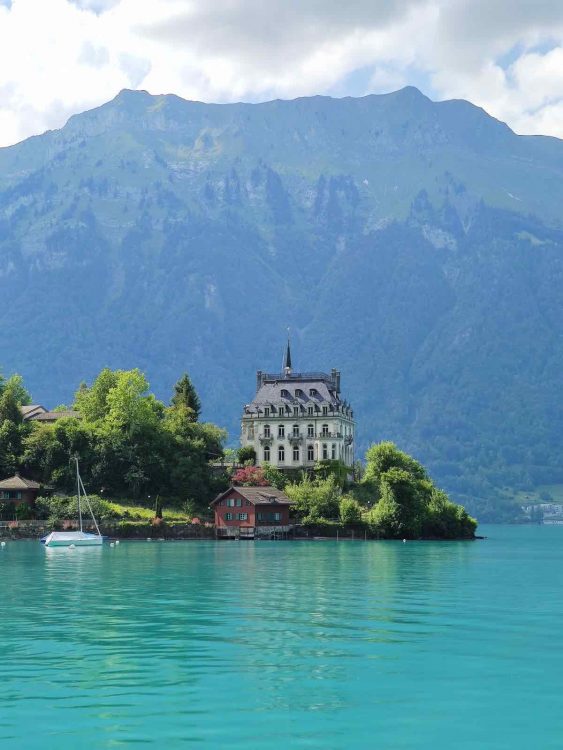 Iseltwald is the little village next to Lake Brienz which appears in the opening sequence of CLOY. You can also see the beautiful Seeburg Castle in the background.

You can walk all along this walking trail from Iseltwald to the village Giessbach where there is a famous waterfall.

How To Get There: Take the train to Interlaken Ost Station and then take bus no. 103 to Iseltwald, Dorfplatz . It’s a 10-minute walk from there 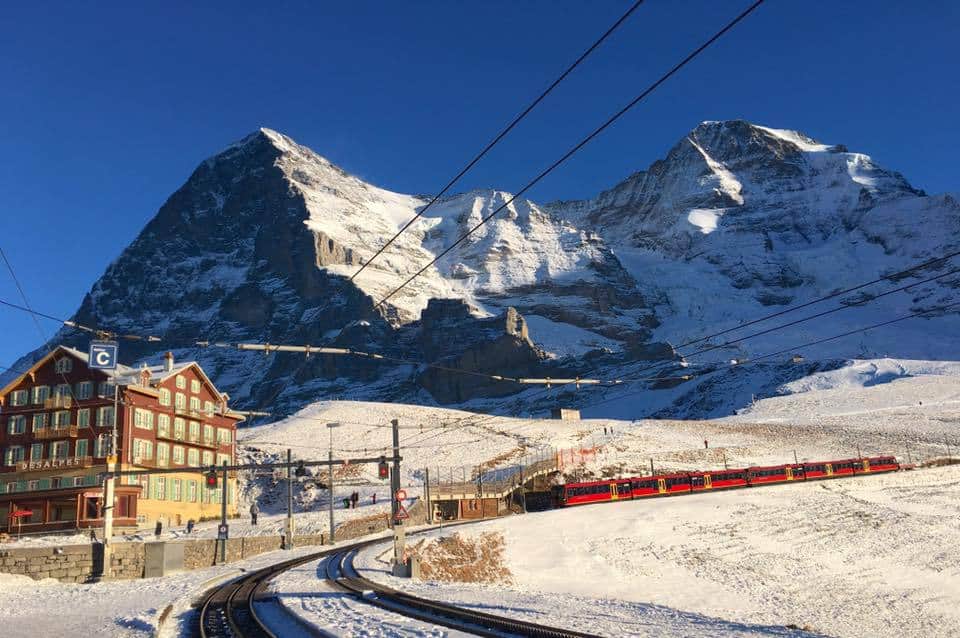 In the scene on CLOY it is where Jeong-hyeok and Se-ri watch paragliders in the sky years before they meet each other in North Korea.

Kleine Scheidegg in the Swiss Alps is a popular tourist spot and the last stop of Wengernalp Railway. It’s known for being the world’s longest continuous rack and pinion railway. Locatedbetween the Eiger and Lauberhorn, it’s a fabulous location for mountain lovers.

How To Get There: Take the Jungfrau Railway and get off at the first stop. Alternatively take the Wengernalp Railway and it’s the last stop. 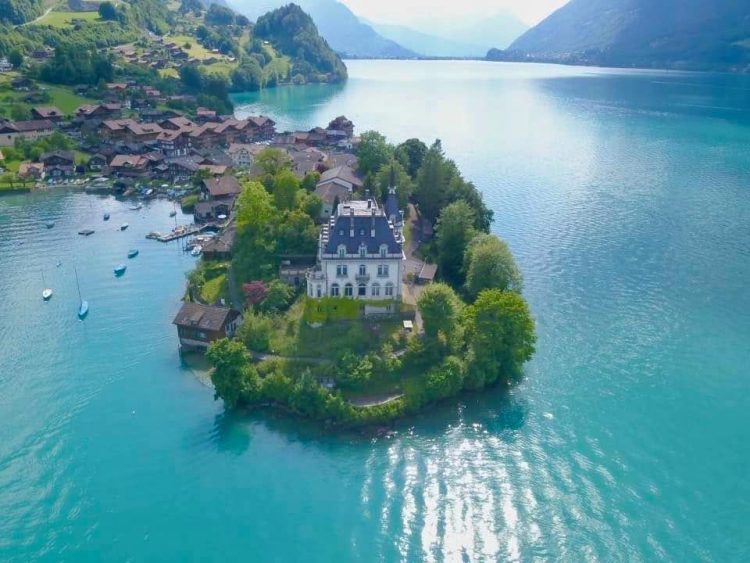 In episode 3, Ri Jeong-hyeok remembers playing the piano in solitude on this wooden jetty on beautiful Lake Brienz. The jetty is located right next to the boat stop in Iseltwald.

How To Get There: You can take a boat to Iseltwald on the lake or take the train to Interlaken Ost Station and bus no. 103 to Iseltwald, Dorfplatz and walk.

The Scene: Se-ri attends a piano recital in a sophisticated venue towards the end of the drama. 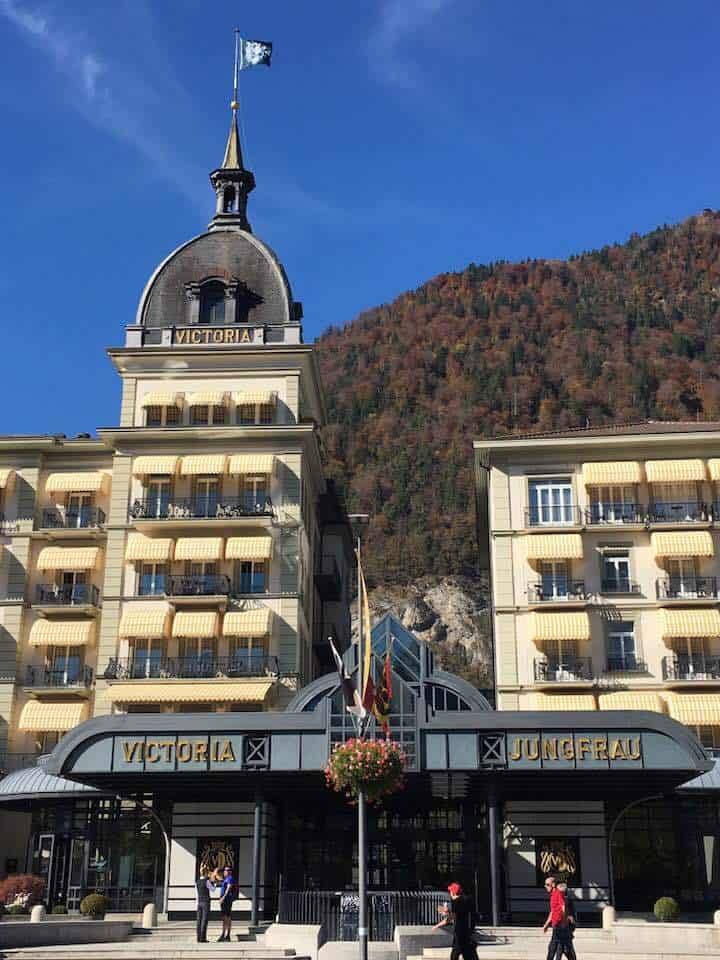 The Victoria Jungfrau Grand Hotel & Spa is the setting for the scene where Se-ri attend a classical piano recita. This beautiful luxury hotel in Interlaken boasts and indoor swimming pool, outdoor pool and extensive wellness area.

How To Get There: By train, to Interlaken West then take a 10-minute walk to the Victoria Jungfrau Grand Hotel & Spa. 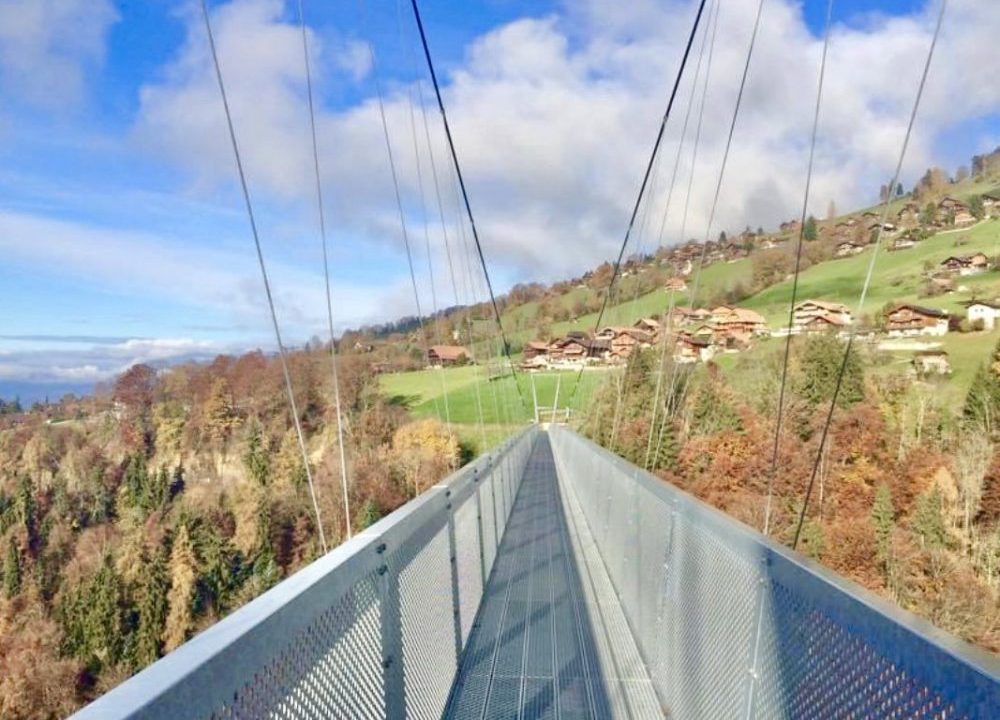 In episode 4, of Crash Landing On You, Jeong-hyeok asks Se-ri to take a picture of him with his then fiancé Seo-dan.

Sigriswil Panorama Bridge is a pedestrian suspension bridge with breathtaking views overLake Thun and the Bernese Alps. It spans 340 metres, across the Gummi Gorge.

How To Get There: Take the train to Thun Station then bus 25 to Sigriswil, Dorf. The bridge is a 5-minute walk away.

We hope you’ve enjoyed this scenic trip through Switzerland as seen on Crash Landing On You.

3 Impressive Suspension Bridges in Switzerland That Will Leave You Speechless

Immerse Yourself In The WONDERS Light Show at...